AN INFORMATION HUB FOR ENTREPRENEURS

The why and how: Moving away from conventional methods of time tracking

Nobody likes time tracking. Managers have to chase employees, recorded times are rarely accurate, and it’s just time-consuming. And when most of the captured times aren’t actually assigned to the right projects anyway, why is it worth all the bother?

Because ultimately, we want to know how much time we spend on which task. So the more accurate your time tracking, the easier it is for you to bill your clients and to keep track of which projects are profitable. It is absolutely imperative to track project times, but it’s also an open secret that most of the time everyone is just “guesstimating” (guess + mating). Here’s why this is the case, and what you can do to fix it.

Why even daily estimated times are just plain wrong

According to the Harvard Business Review, the US economy is losing $7.4 billion every day because of inaccurately estimated times. Inaccurate times create a false impression of a project’s profitability. As a result, proposals aren’t correctly calculated and budgets are exceeded.

Is there an alternative to estimating times?

Of course, it would be possible to measure time expenditures more exactly. But to do that, you might have to make sacrifices when it comes to your productivity.

Setting timers, pressing stopwatches, and writing downtimes on a piece of paper every time you switch tasks is not just exhausting but (let’s be honest)  just plain annoying.

In theory, a timer sounds like a good idea. But in reality, you’re either permanently distracted by it, or forget to click as soon as you really focus on your work.

Even a simple email can interrupt your task and mix up your time tracking. In the end, it usually comes down to estimating times and accepting some amount of inaccuracy.

What does automatic time tracking do differently? The biggest difference is the automatic tracking acknowledges the fact that estimating times doesn’t work, and that workers don’t want (and shouldn’t have) to interrupt their workflow every time they start a new task.

Automatic time tracking is a memory aid it’s able to show you what you’ve worked on during your day. That way, you don’t lose time from time tracking and you’ll never lose a billable minute again. 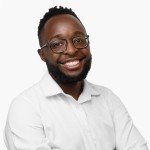